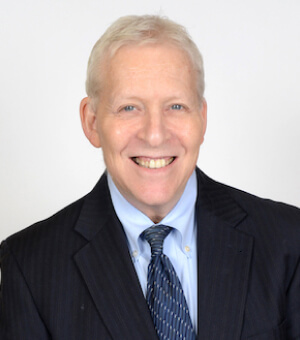 Lawrence D. Raiss joined the Firm as a Partner at the time of its inception in 1991, and, along with Richard S. Kelin, has served as a Managing Partner of the Firm since 1999.

Mr. Raiss graduated from Lafayette College in 1977 with a Bachelor of Arts degree in Psychology. While at Lafayette College, Mr. Raiss was elected to Psi Chi, the honorary Psychology Society, and he was named to the Dean’s List on several occasions. He attended his first year of law school at the University of Toledo, where he was elected to the Law Review. At the conclusion of his first year of law school, Mr. Raiss transferred to Seton Hall University School of Law, where he was also elected to the Law Review prior to his graduation from Seton Hall. While at Seton Hall, Mr. Raiss was a member of the Moot Court Board, and he spent two (2) years working in the Legal Department of the State of New Jersey, Board of Public Utilities. He was admitted to the Bar of the State of New Jersey and the United States District Court for the District of New Jersey in 1981.

In the early to mid 1980s, Mr. Raiss specialized primarily in real estate limited partnership securities transactions, involving both private securities offerings and registered public securities offerings. Since 1986, Mr. Raiss has concentrated his practice in commercial and residential real estate, corporate, commercial and other types of transactional work. In 2009 and 2010, Mr. Raiss was selected for inclusion in New Jersey Super Lawyers in Real Estate; this prestigious honor is limited to less than 5% of the attorneys in New Jersey. For many years he has represented leading real estate operators and management firms in the area.

Mr. Raiss has been a featured speaker at the annual convention sponsored by the New Jersey Apartment Association (NJAA) in Atlantic City and he has authored two (2) articles published by the Property Owners Association (POA). He has also served as local counsel for an international telecommunications company which was involved in the installation of undersea fiber optic cable for use with the Internet. He has been a member of the Board of Directors of the New Jersey Apartment Association for several years.